Methadone maintenance found to be effective in use against heroin addiction

Check out this old video by the New York Times:

Methadone maintenance is more effective in reducing heroin use among addicts
than a 180 -day detoxification program that included an array of counseling
services, a UC San Francisco study has found.

The objective of the study was to compare methadone maintenance-a widely used
but controversial method of weaning heroin addicts off the drug—with an
alternative treatment of psychosocially enriched 180 day methadone assisted
detoxification. Methadone maintenance resulted in lower heroin use rates and
fewer drug- related HIV risk behaviors, such as sharing needles. The study
results will be published in the March 8 issue of the Journal of the American
Medical Association. 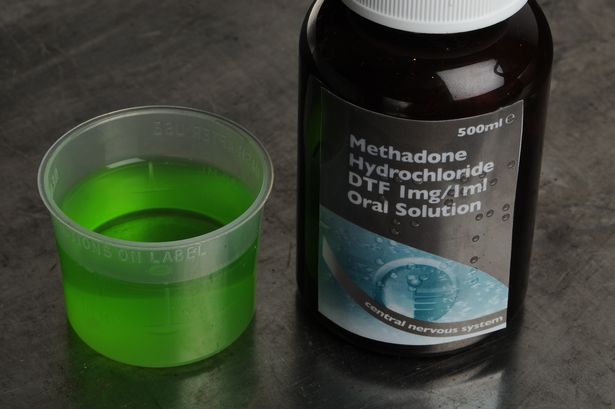 “Methadone maintenance is controversial,” said Sharon Hall, PhD, lead author of
the study and UCSF professor in residence and vice-chair of psychiatry. “People
don’t like it because it is continued provision of an addicting drug. When
people come on methadone maintenance, they may stay on it for several years.
The idea of the study was to do a comparison to find a method that was as
effective but didn’t involve indefinite treatment with an addicting drug.”

Methadone maintenance has been used to treat heroin addiction since 1964, Hall
said. Heroin is a short- acting opiate, Hall explained, meaning it produces a
high and a withdrawal effect rapidly. Methadone is a slower acting—and
legal—opiate. It works by stabilizing heroin users so that they do not have a
heroin -induced euphoria or suffer from severe withdrawal symptoms.

The study enrolled 179 participants who were assessed monthly for a year. A
urine specimen was collected each time.

Those in the methadone maintenance part of the study received stable doses of
methadone. Participants also attended one hour per week of substance abuse
group therapy for the first six months and one hour per month of individual
therapy.

Those in the 180 -day detoxification program received 120 days of methadone
treatment, followed by 60 days of methadone dose reduction until they were no
longer taking methadone. They also received a host of drug counseling services.
During the first six months, participants were required to attend two hours per
week of substance abuse group therapy, one hour per week of cocaine group
therapy if they were found to also be addicted to that drug, and a series of
one- hour substance abuse education classes held weekly. They also attended
weekly individual therapy sessions. During the last seven months of the study,
participants were offered aftercare treatment that included weekly individual
and group psychotherapy and liaison services with the criminal justice system,
medical clinics and social service agencies.