The state of Florida is suing two of the nation’s largest drugstores, Walgreens and CVS, for allegedly contributing to the opioid crisis, reports the Associated Press. The lawsuit argues that these pharmacies have contributed to the opioid crisis in the U.S. by way of inflating the supply and demand for opioids in the state.

This is the latest action the state has taken in the fight against moneyed pharmaceutical interests, and this case will be added to an existing lawsuit against Purdue Pharma, the maker of the highly addictive opioid painkiller, OxyContin, and other pharmaceutical companies who have been accused of contributing to the ongoing opioid crisis in the country.

What do Pharmacies have to do with the Opioid Crisis?

Attorney General Pam Bondi said that CVS and Walgreens had failed to halt “suspicious orders of opioids” and the dispensing of “unreasonable quantities” of these drugs. The lawsuit claims that since 2016, Walgreens has dispensed billions of opioids from Floridian pharmacies. As many as 2.2 million opioid prescriptions were dispensed from a store in Hudson, Tampa, a shockingly 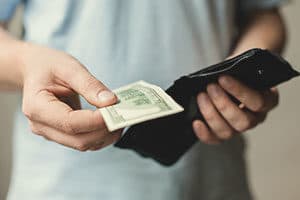 high number for a city of just 12,000 residents. Some stores saw opioid sales skyrocket, increasing 6-fold in only 2 years.

It is Bondi’s belief that thousands of Floridians have suffered because of the actions of these pharmacies.

This isn’t the first time these pharmacy chains have gotten into trouble. Just 5 years ago, Walgreens was said to have paid $80 million to resolve a federal investigation into violations of record-keeping and dispensing requirements. According to related documents, Walgreens’ negligence resulted in controlled substances such as opioid painkillers being diverted for abuse and for sale on the black market.

What was the Response from the Accused Companies?

Walgreens declined to comment on the lawsuit. CVS, however, pushed back in a recent statement. Spokesperson Mike DeAngelis said the lawsuit was “without merit.” DeAngelis continued, “Over the past several years, CVS has taken numerous actions to strengthen our existing safeguards to help address the nation’s opioid epidemic.”

De Angelis assured the public that CVS trains its pharmacists and assistants how to responsibly dispense controlled substances. He also said that they are trained to detect potentially illegal sales. But is it enough?

While we have seen some progress in Florida—largely focused on the crackdown on pain mills, a system in which drug dealers send people to clinics to get illegitimate prescriptions for opioid painkillers—the opioid crisis shows few signs of relenting. According to the Centers for Disease Control and Prevention, the number of drug overdose deaths in the U.S. continues to rise and is largely driven by opioids. An estimated 130 people die each day from an opioid overdose. We must do more.